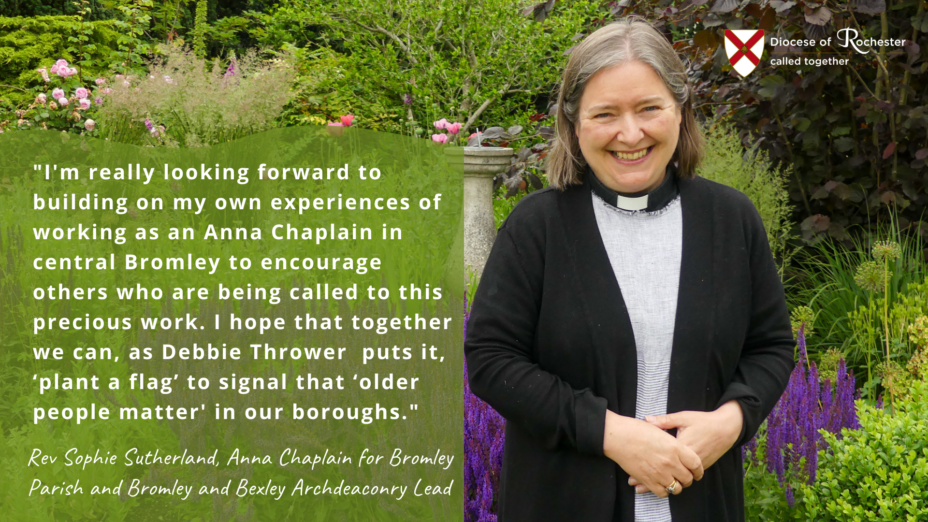 Six Anna Chaplains have been commissioned into the newly created role of archdeaconry lead – two for each of the three archdeaconries in the Diocese of Rochester.

BRF’s Anna Chaplaincy for Older People church lead, Julia Burton-Jones (who is also the diocesan Anna Chaplaincy lead), thanked the new team and said they had already made an impact in their archdeaconries.

New archdeaconry lead Sophie Sutherland expressed her desire to ‘”plant a flag” to signal that older people matter in our boroughs.’ Diana Pattison hoped to increase churches’ awareness of ‘the importance of deepening spirituality in later life’. Margaret Hollands also saw her role as ‘offering pastoral and practical support to other Anna Chaplains’ while Jane Sankey referred to the importance of ‘sharing what we are discovering, and encouraging one another as yet more volunteers feel called to be part of this important ministry of spiritual care in later life’.